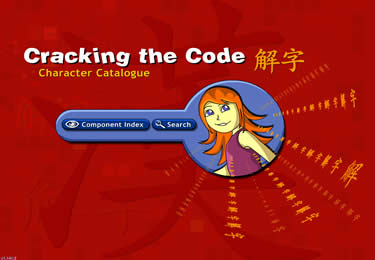 Explore the structure of more than 2000 Chinese characters via an interactive library. Browse subject categories to find out how character components are combined to form different characters. Investigate relationships of form, sound and meaning between characters which use the same component. For example, notice that the character for 'autumn' is formed by components which mean 'grain' and 'fire'. Use interactive links to move from a radical in one character to a list of all characters using that radical. Search for specific characters via pinyin, number of strokes or meaning.