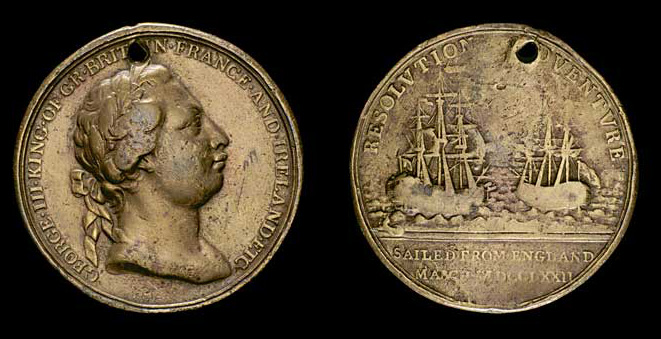 This is a bronze medal that was made for distribution during Captain James Cook's second voyage to the Pacific. The principal side depicts the King's head with the script 'GEORGE III KING OF GREAT BRITAIN FRANCE AND IRELAND ETC' around the edge. On the other side, the ships 'Resolution' and 'Adventure' are shown and named, along with their planned date of departure from England, March 1772. The medal was designed by William Barnett and struck by Boulton and Fothergill, England, in 1772. There is a hole punched through the top.