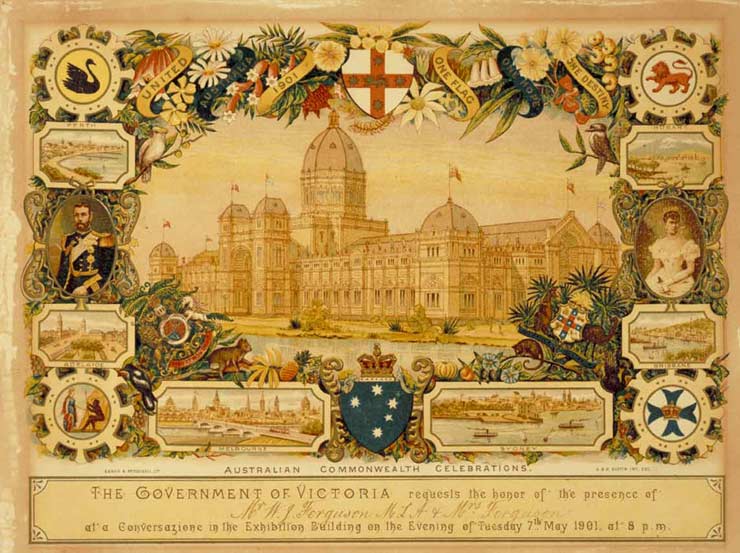 This is a coloured printed invitation to a conversazione celebrating the Commonwealth of Australia. It measures 30.2 cm x 37 cm. At the bottom is the wording, 'THE GOVERNMENT OF VICTORIA requests the honor of the presence of Mr W J Ferguson MLA and Mrs Ferguson at a Conversazione in the Exhibition Building on the Evening of Tuesday 7th May 1901, at 8 p.m.'. This invitation was for the Australian Commonwealth celebrations during the visit of the Duke and Duchess of Cornwall and York, whose pictures appear on either side of the invitation. The words 'United Australia 1901 One Flag One Hope One Destiny' are inscribed at the top between various pictures of native flora and fauna. The badges of each of the states, together with pictures of the capital cities, surround a picture of Melbourne's Exhibition Building.