Close message
Back to search results 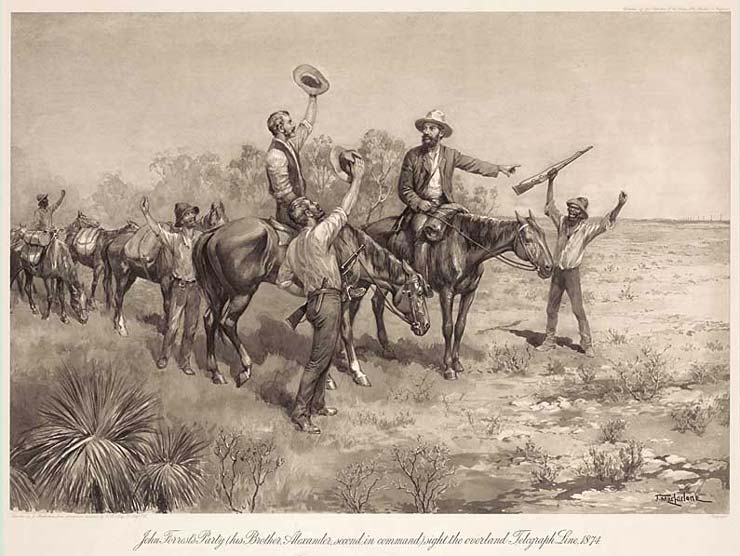 This is a 52.5 cm x 69 cm, black-and-white photoengraving, of John and Alexander Forrest, James Sweeney, James Kennedy, Tommy Windich and Tommy Pierre with their horses after crossing the Great Victoria Desert in 1874. On the far right is the Overland Telegraph Line, about 120 kilometres north of Coober Pedy in South Australia. One man points to the telegraph line and the other five have their arms raised in jubilation, two waving their hats and one holding up his gun. The image was drawn from descriptions of the scene.