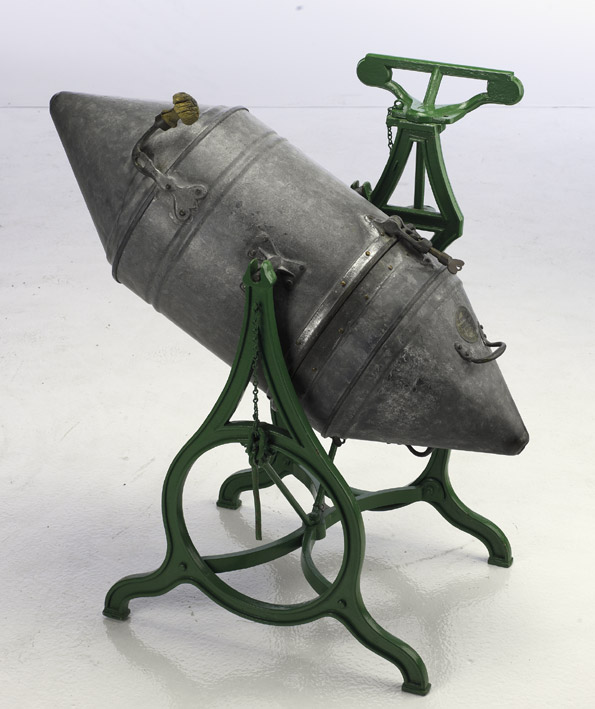 This is a late-19th-century compressed-air washing machine, made by Victorian manufacturers Wolter and Echberg. The machine is made of galvanised steel and has a distinctive rocket-like appearance, with a central drum, in which the clothes are washed, consisting of two cone shapes on either end of a cylinder. On the drum are two welded handles and a manual lever. The drum is attached to a four-legged iron frame from which it pivots, so that it can be rocked from side to side and turned in a full circle.