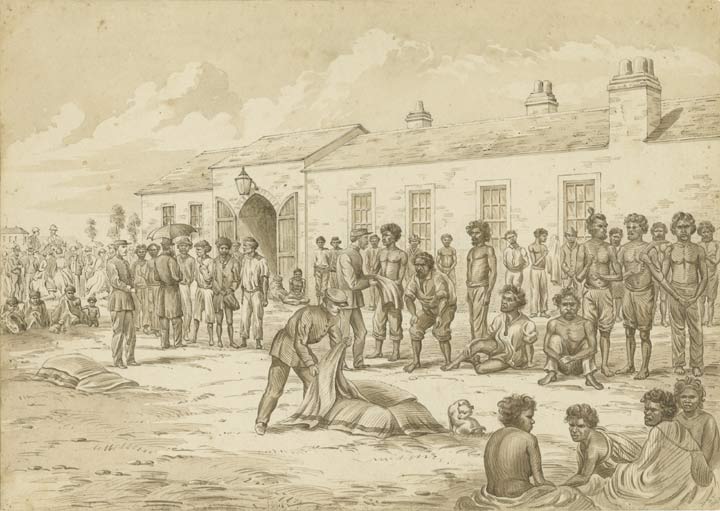 Distribution of blankets to Indigenous people in Brisbane, 1863

This pen-and-wash sketch, dated 24 May 1863, shows the distribution of blankets to Indigenous men and women in Brisbane, Queensland. A group of Indigenous people, mostly men, are waiting in line or sitting off to the side as police distribute blankets in front of the Police Magistrate's Court. There appear to be two mounted troopers on the left next to a number of non-Indigenous people. The Indigenous men mainly wear European-style clothes, the women blankets. The sketch is one of many illustrations by Donald Sydney Thistlethwayte.